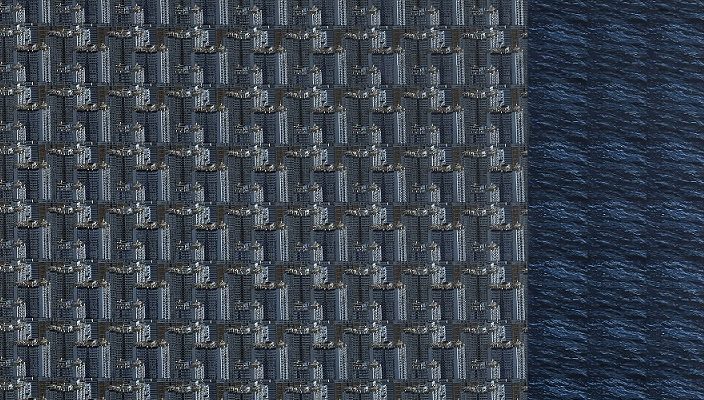 There are images that, centuries after they were made, have remained as enigmatic as they were at the moment of their creation. One of them is El Greco’s View and Plan of Toledo from 1608. In the foreground of the painting, on the right, is a young man who is holding an unfolded sheet of parchment or paper – can’t be determined. Some scholars believe that this person is Jorge Manuel, the painter’s son, an architect by profession. What gives this painting, along with some other elements, the energy of miraculousness is a certain duality: the observer is faced with two types of projection – the central horizon of the painting is occupied by an illusionistic view of the city on a rock above the Tajo River (the meticulousness with which the city was represented has led many to think that the author of the painting or at least of that segment is Jorge Manuel), while the same city, but now as a plan, as a diagram, is also represented on the unfolded white surface in the foreground.

Both are, of course, conventions of representation. These conventions have been used in art as well as in cartography, both happily united in El Greco’s grand canvas in Toledo.

The problem that all cartographers have shared since the time when men started travelling and marking their routes (perhaps to return to them one day) is how to see the whole world in a single glance and, from the moment this world was no longer a flat plate, how to translate the sphere into a surface with as few alterations and deformations as possible.

Vermeer’s geographer, the figure who is – inclined unobtrusively over the whiteness of the paper, with a pair of compasses in his right hand – standing behind the works in heterogeneous media at the exhibition of Ivan Šuletić, is also engaged in these translations and measurings. The room in which he is analyzing a map is typically “Vermeerian”: oblique light of the North enriches the objects with soft shadows, there is a cabinet with books and a sphere of a globe on it, and a wrinkled oriental carpet is in the foreground. It is a kind of a radiant microcosm in which the painted protagonist is analyzing the world. If we consider the exhibition of Ivan Šuletić as a kind of contemporary and temporary reconstruction of the “cartographer’s room“, we can easily conclude that the artist’s basic intention is to observe, measure and, using roundabout strategies, to comment on today’s world – the way it is manifested in its visible forms which, again, are projections of invisible social topographies.

The world of the second half of the twentieth century, the cold-war world, was obsessed with spies – people said, with a dose of fear, that the Great Powers had satellites capable of making a photo of a matchstick in our backyard. Big deal… today you can get the famous matchstick in your desktop or portable computer as easily as anything. Digital cartographers are watching us from the stratosphere and sending highly accurate images that multiply to a level when it’s impossible to control them. From this abundance, Ivan Šuletić picks out details of the images, which he then multiplies on his large canvases. The fact that he – in both, drawing and painting – does them manually is a specific effort, but the effort that is at the same time a sort paying homage, discretely, to a traditional medium and the history of that medium. On that return-to-the-analogue principle, the earlier “pattern” works of Ivan Šuletić were created – at this exhibition, in the painting that is a sign of continuity and the central accent of a spatial installation at the same time, the starting point becomes somewhat more complicated. Šuletić contrasts two motifs: multiplied made-up residential towers, mega settlements that resemble concrete anthills with a rough surface of water. Made as a diptych, this painting can be seen as a discreet commentary on the violent urban interventions in our city.

The images that are set in motion make an important part of Šuletić’s ambience: video works are an unequivocal allusion to, and we could even say a “re-enactment” of the emblematic scene from the first Chaplin’s sound film, The Great Dictator, shot in 1940. The room where the scene is reconstructed is unmasked; it is obvious that it is a fitness studio. And the globe is reduced to a soft and voluminous piece of sports equipment. Still, there are enough elements that express the artist’s intentions: history is not cyclical, but similar symptoms that may indicate that all is heading for disaster appear from time to time. Šuletić counts on the educated observer, the one who will overcome decades and recognize allusions immediately – that’s why his works clearly fall into the category of visual essays.

These visual essays also include the work with elements that can serve to reconstruct an imaginary garden constellation, that is, microcosm again. Forgotten, in the corner of a Belgrade garden, stood a cut cylindrical stone with engraved text: Ni bien ni mal mieux c’est fait… An unclear heraldic slogan, a remnant of the topography of a secret ritual or just someone’s “cartographic” game? The question remains open… Šuletić displays a print of that text, suggesting that the exhibited frottage will open a space for new visual and conceptual elaborations.

Ivan Šuletić’s ambient exhibition is a sort of a catalogue of various representation strategies. Just like in El Greco’s painting, models of representing objects or spatial constellations are confronted: next to a “technical” drawing that shows the orthogonal view of an object: a globe stand, there are illusionistic representations, but a frottage, too, which is an “actual” imprint of an object. There are also “live” images that add the temporal dimension to the exhibition.

Together, all these works give a complex picture of the world, the contemporary world, which is more and more “fragmented” and sinister. Šuletić’s “cabinet” is a tranquil ambience only at first glance – essentially, what holds the heterogeneous works together is a certain feeling of deep restlessness.